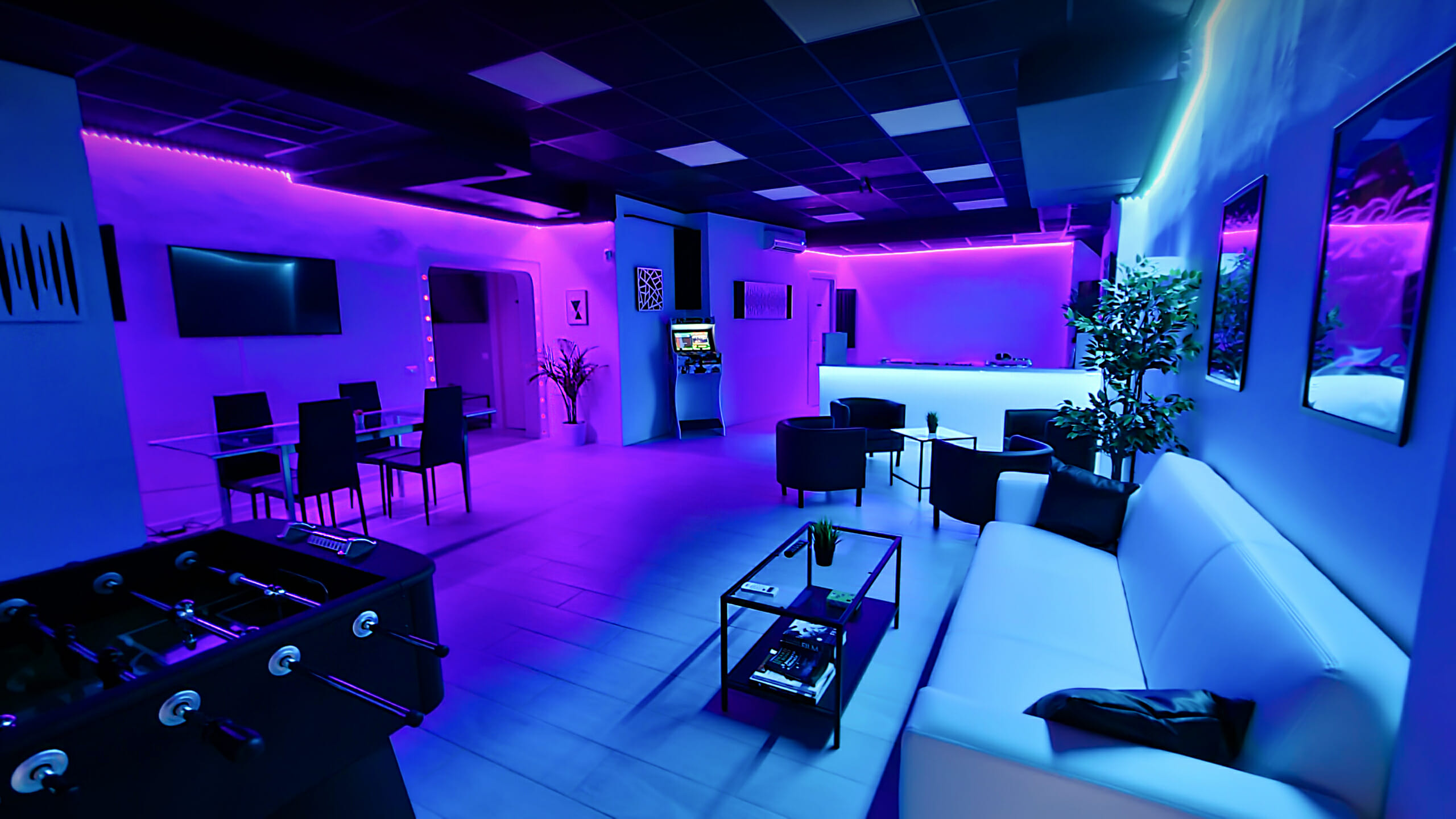 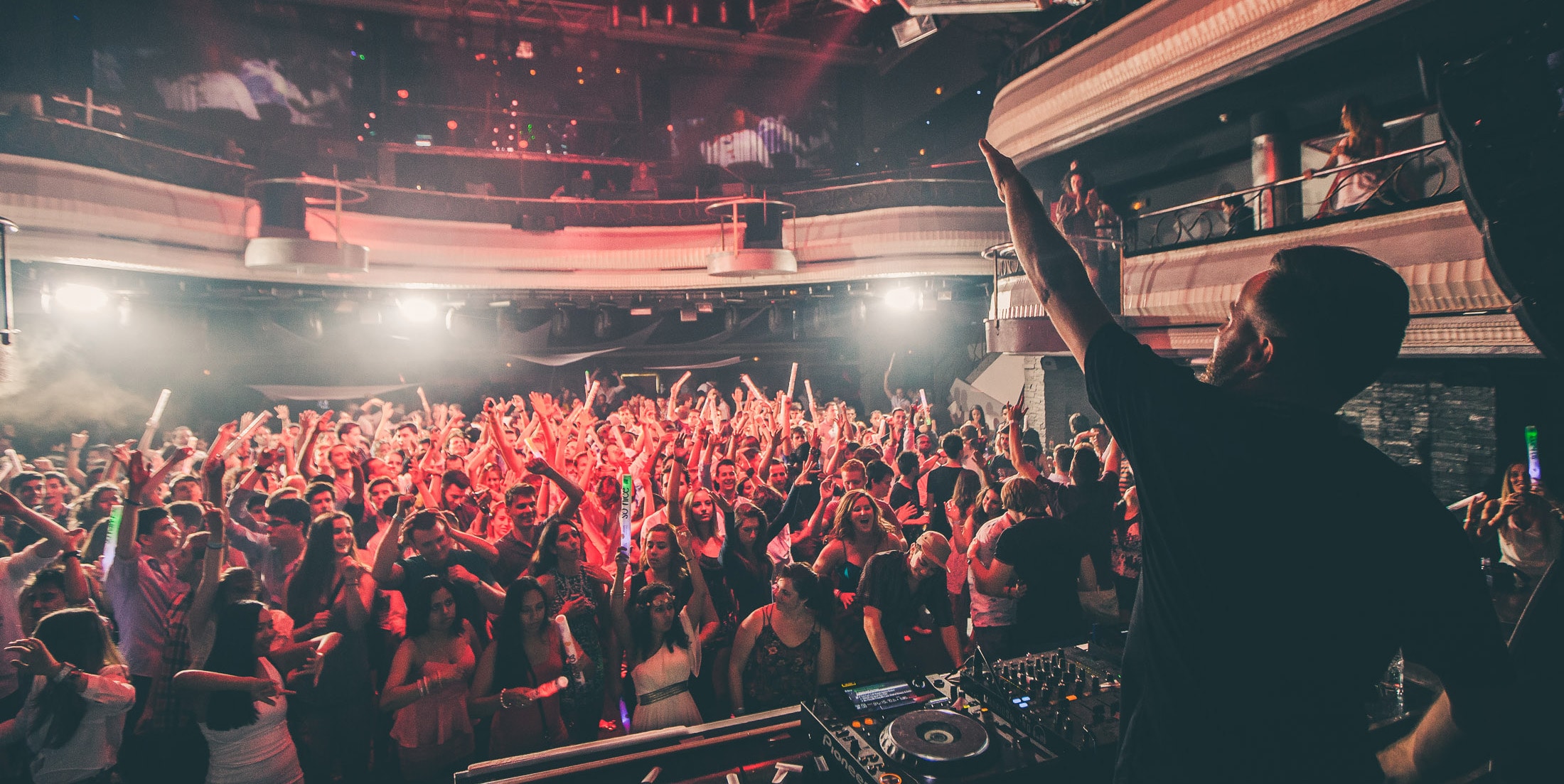 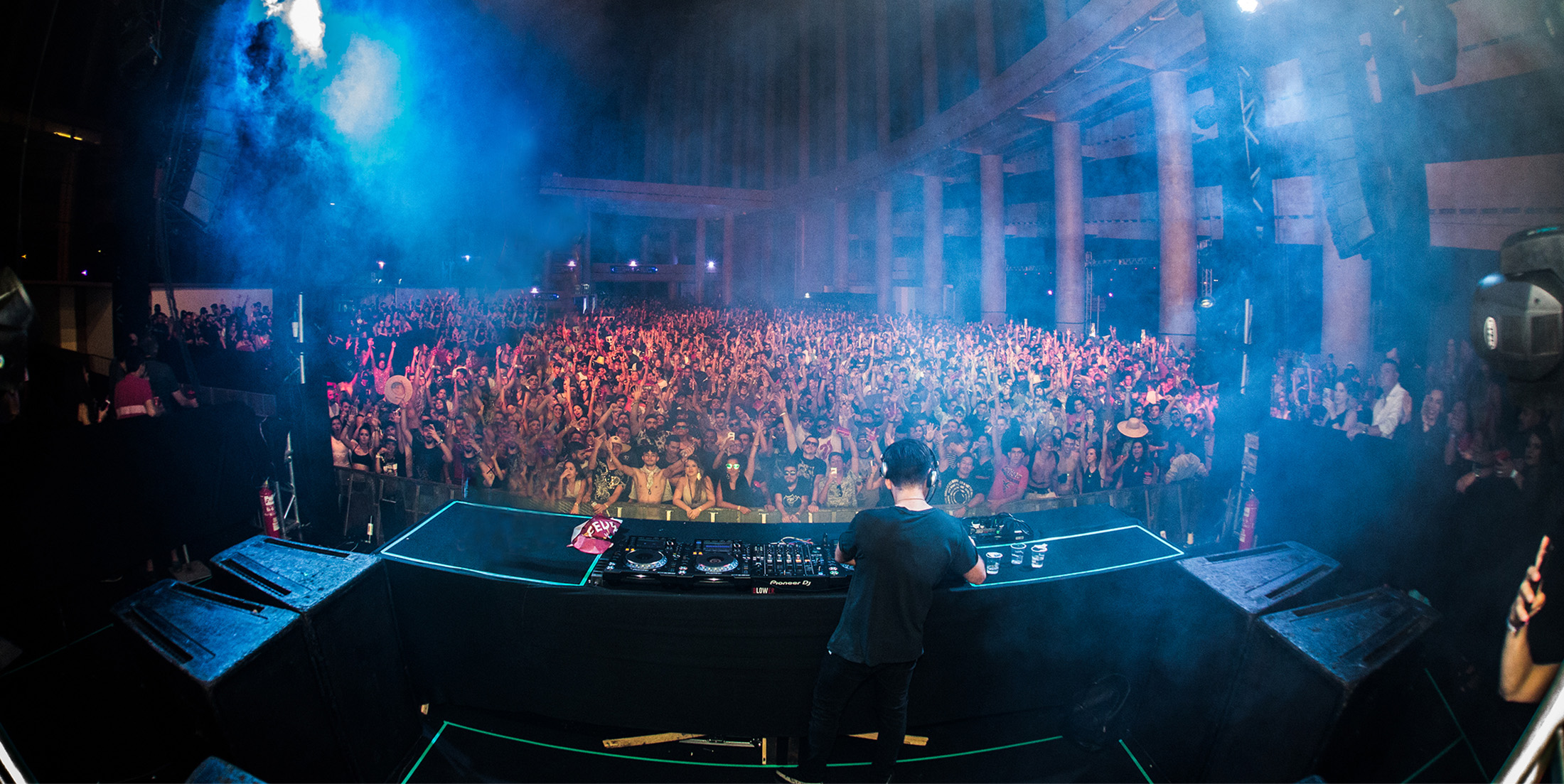 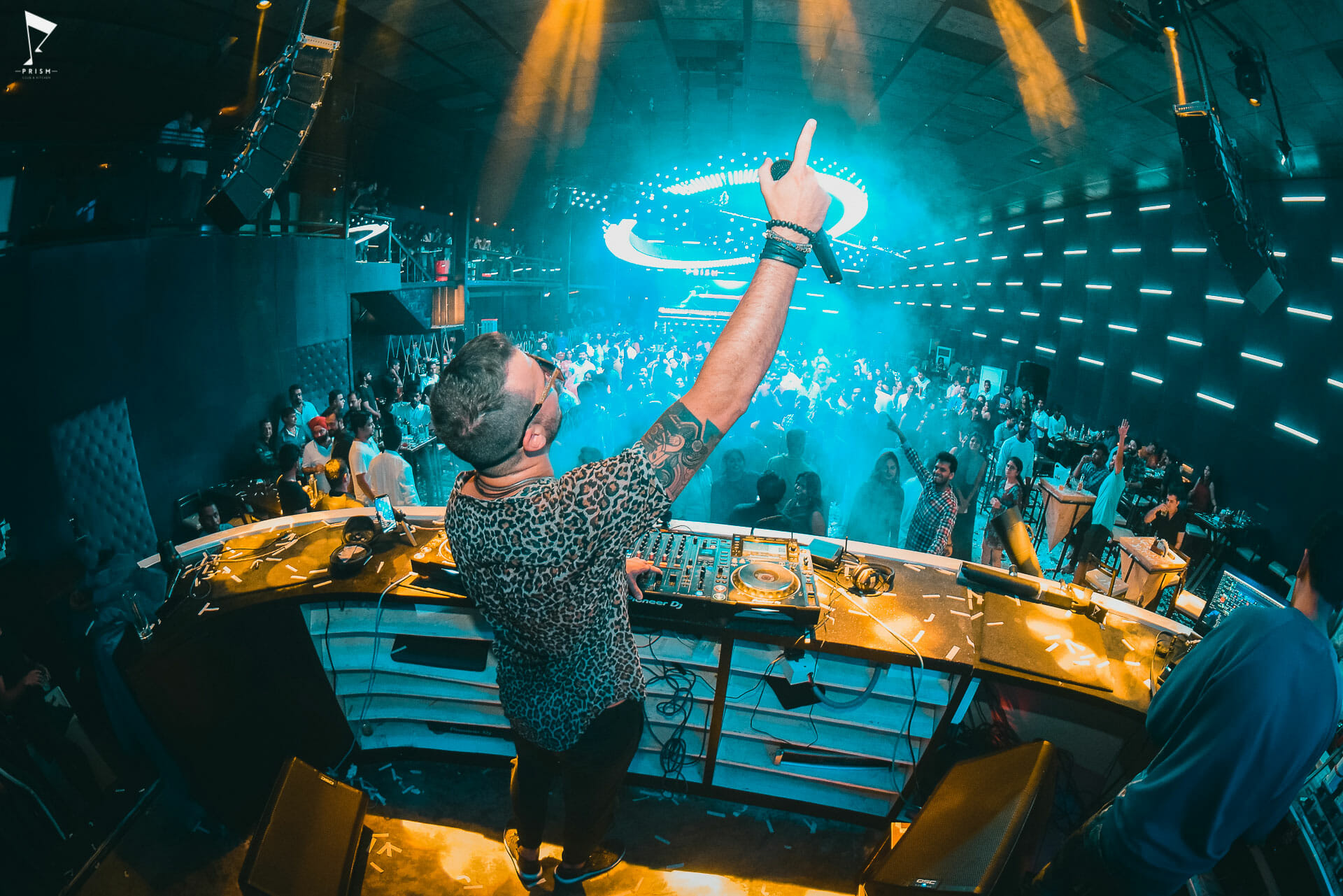 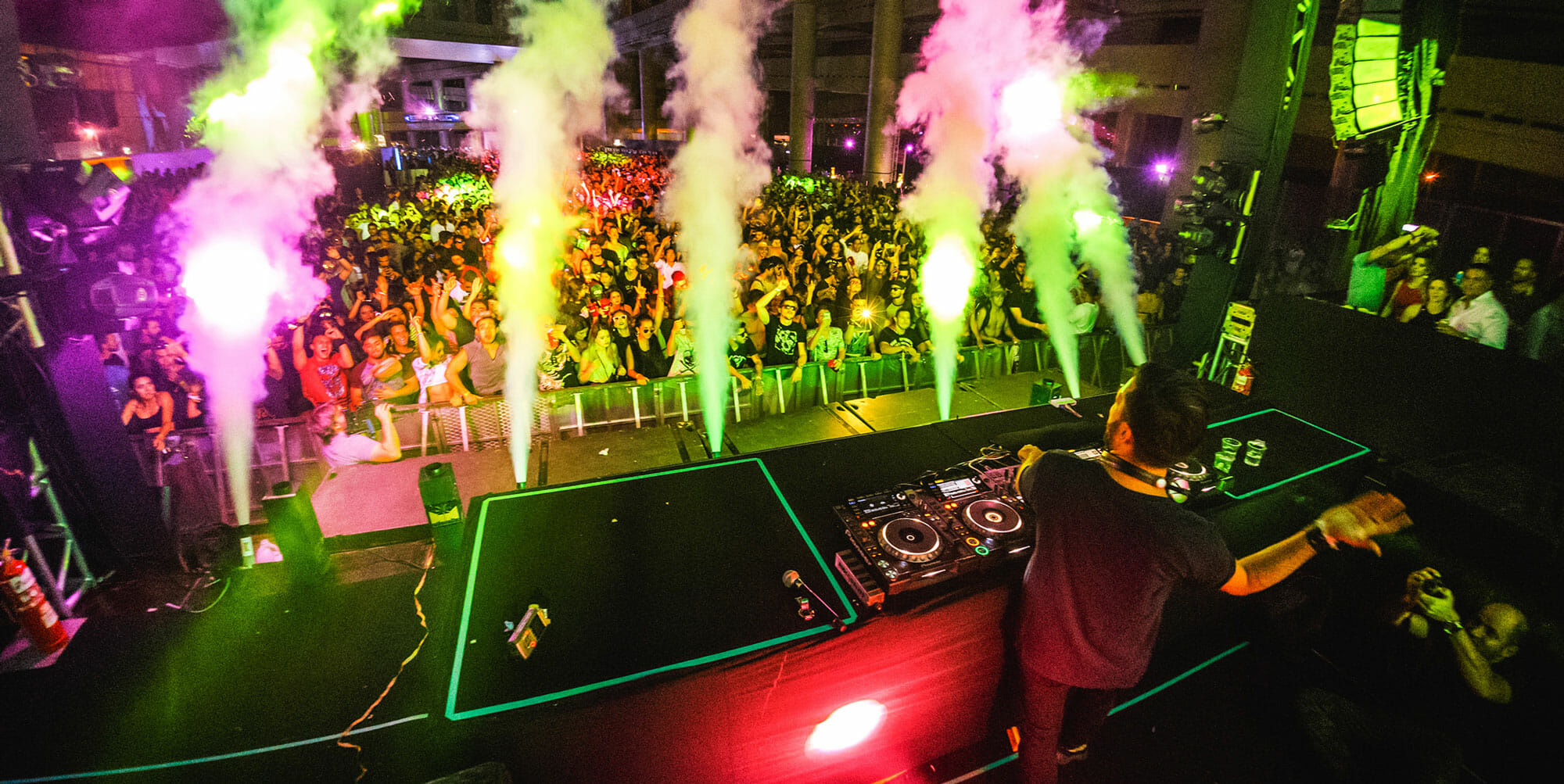 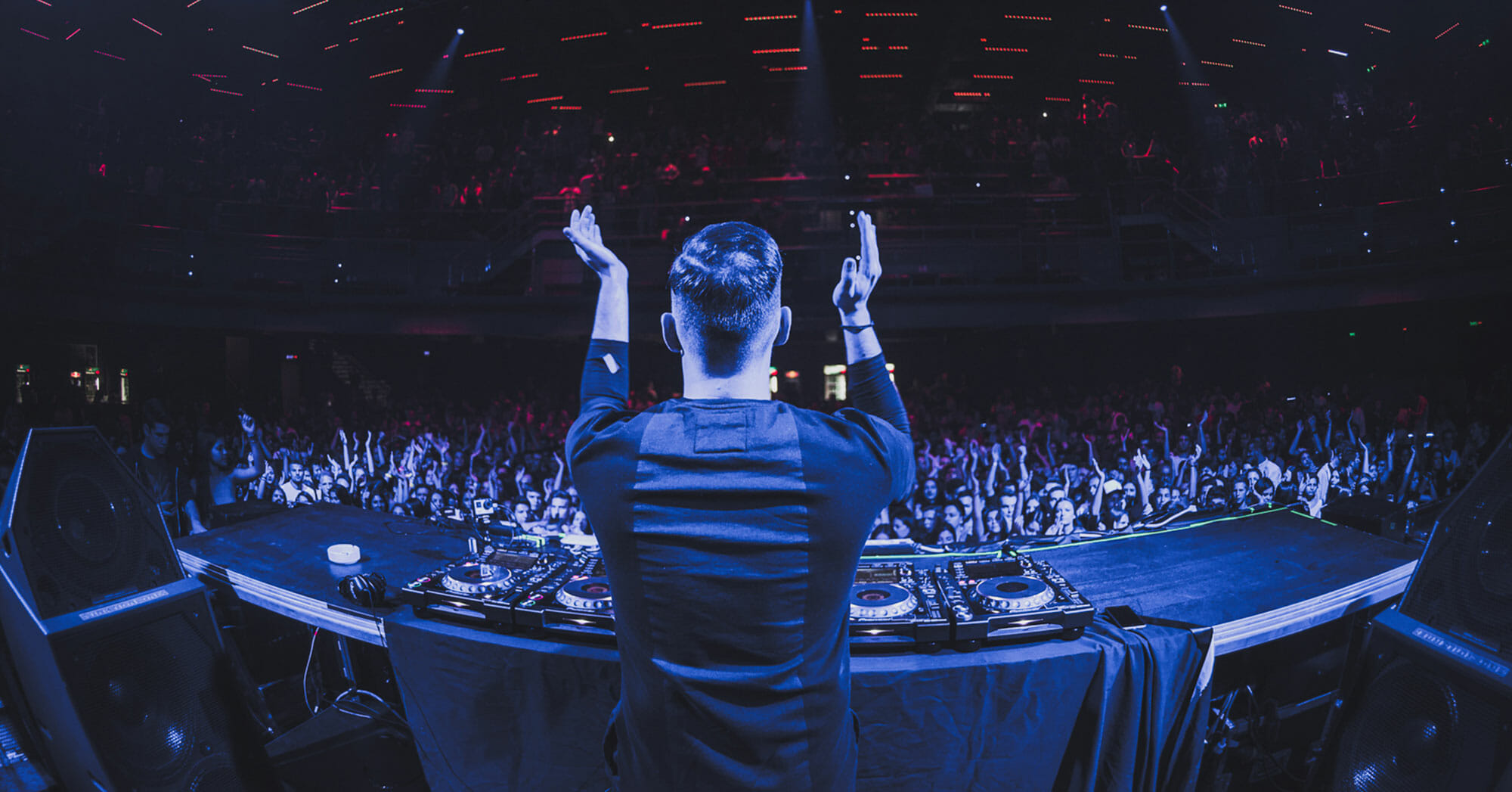 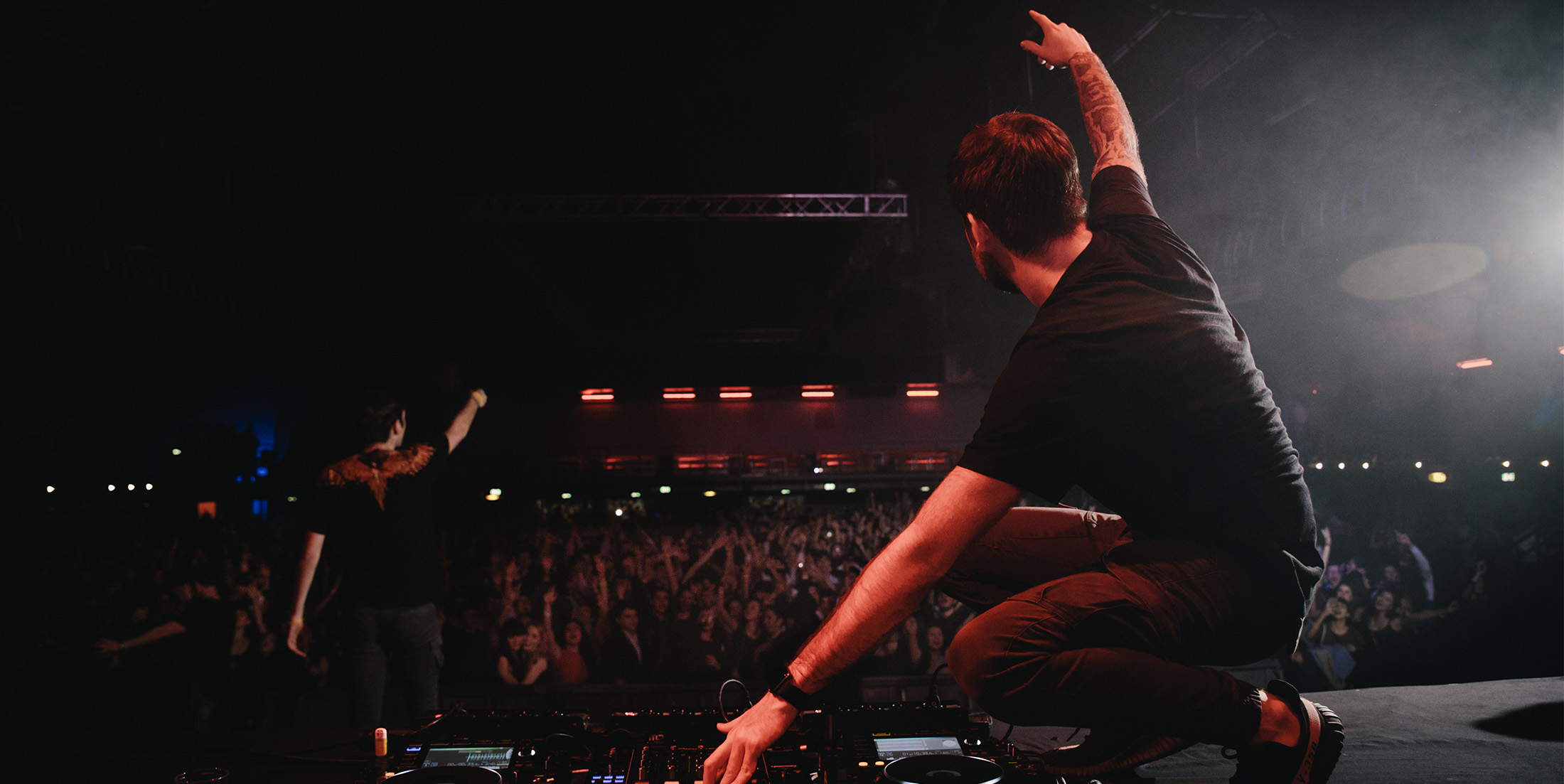 Kaleido Music Agency is a professional studio – agency specialized in management and music production services for Dj’s and Producers. Founded in 2015, Kaleido is the first studio – agency in Rome and one of the leading music studios in Italy with a structure of 200 smq.
The main activities of the agency are represented by a complete management on the artist profile (that includes General Consultations; Demo Drop; Promo Pool and Booking Service) and professional music production services.
In the last years, our artists reached amazing goals signing tracks on top class labels like Spinnin’ Records, Armada Music, Toolroom Records, Sony Music, Universal Music and many more.

is were we can help you

Kaleido Music Studios is the production department of Kaleido Music Agency. During the last years our productions and mix & mastering works has been released on top class labels of like Spinnin Records, Armada Music, Sony Music, Toolroom Records and many more.

Our management service is all that an artist needs to improve his dj & producer career. Kaleido Music Agency is specialized in a complete consulting service on your artist profile; track placement; promo pool, sample clearence and booking service.

Our Academy is the first School for Dj’s And Producers with private courses taught by international artists. Every 2 months the agency organizes limited production masterclasses with international music brands like Armada University, Toolroom Academy, Smash The House and many more.

how we can take your career to the next level

how we can improve your music

the people behind the agency 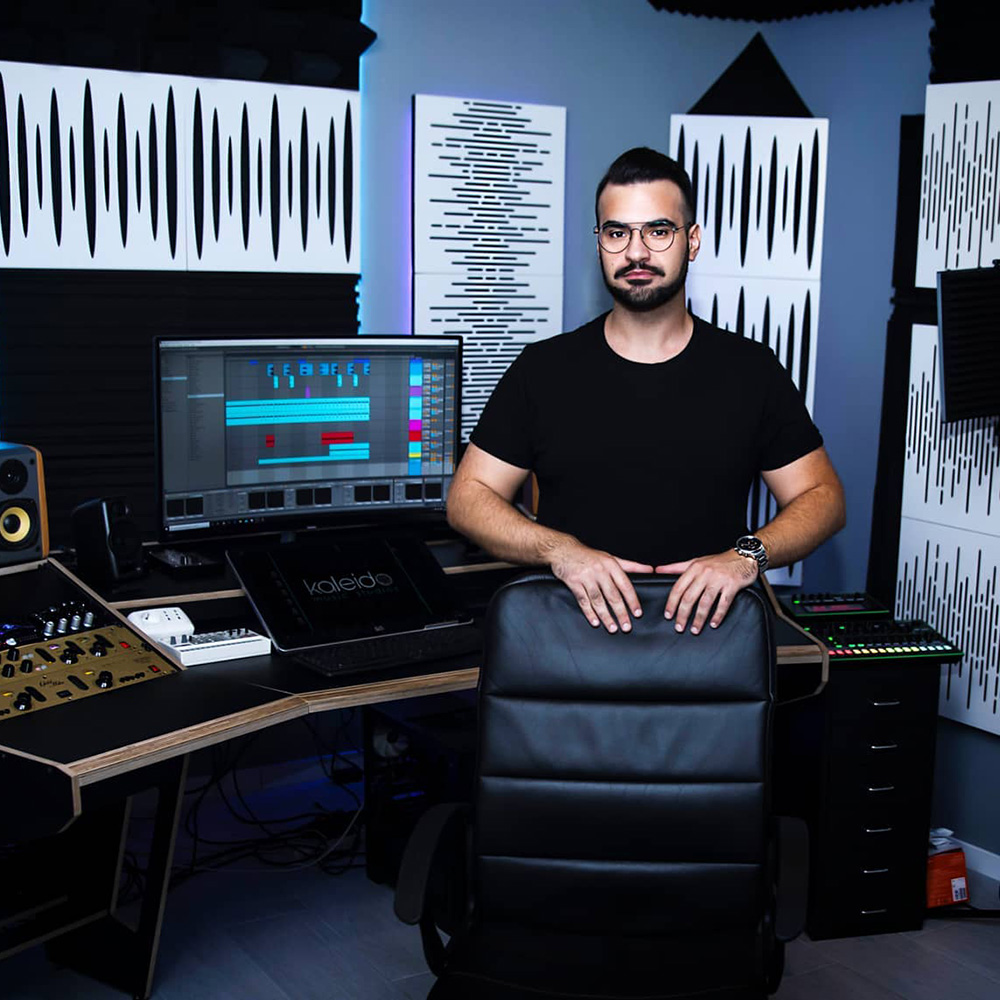 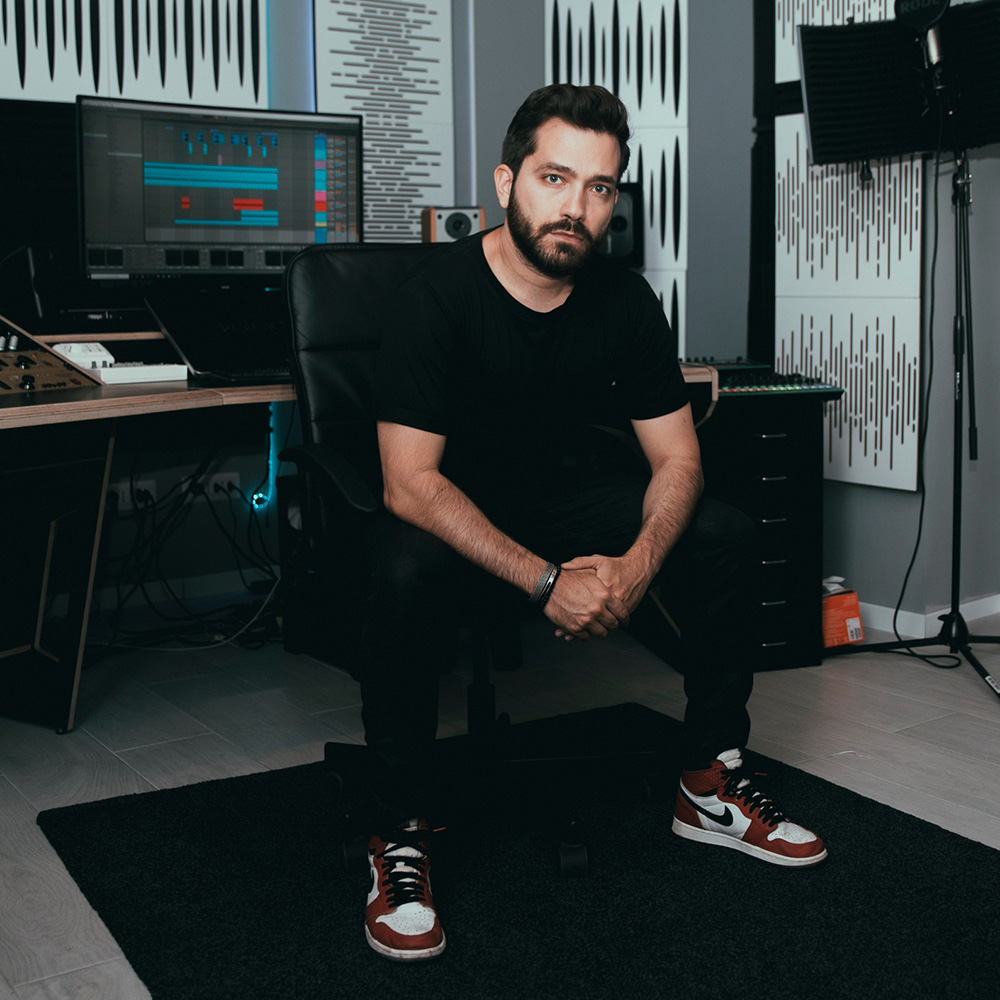 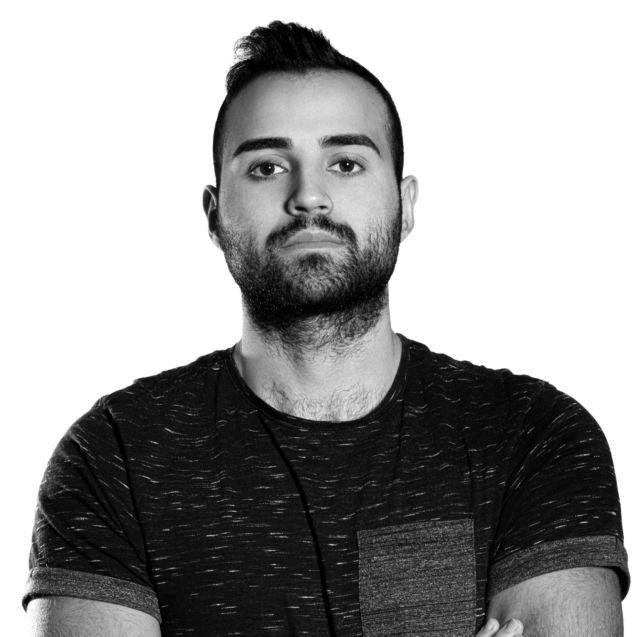 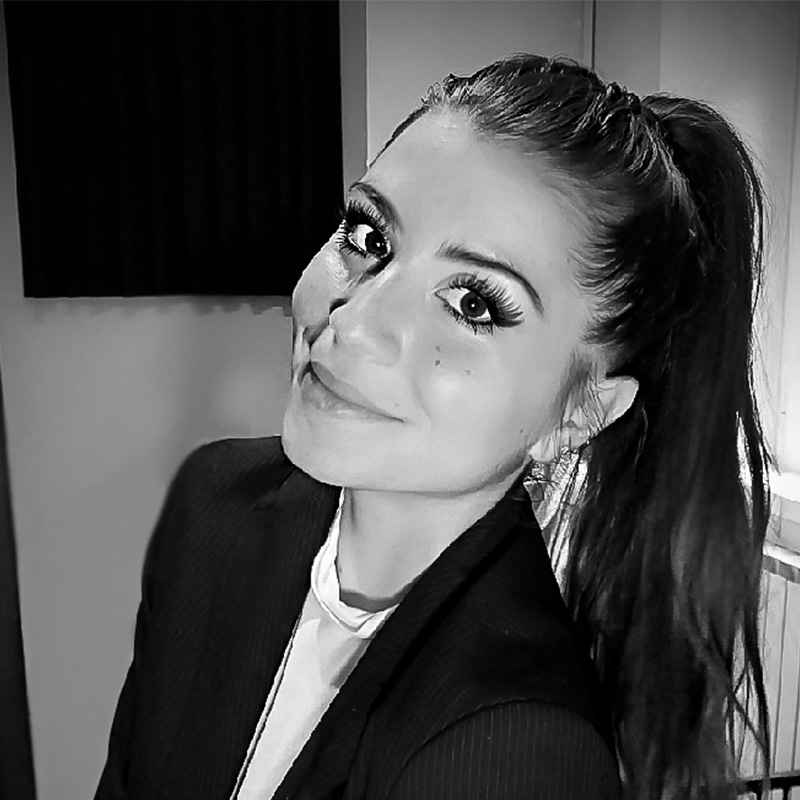 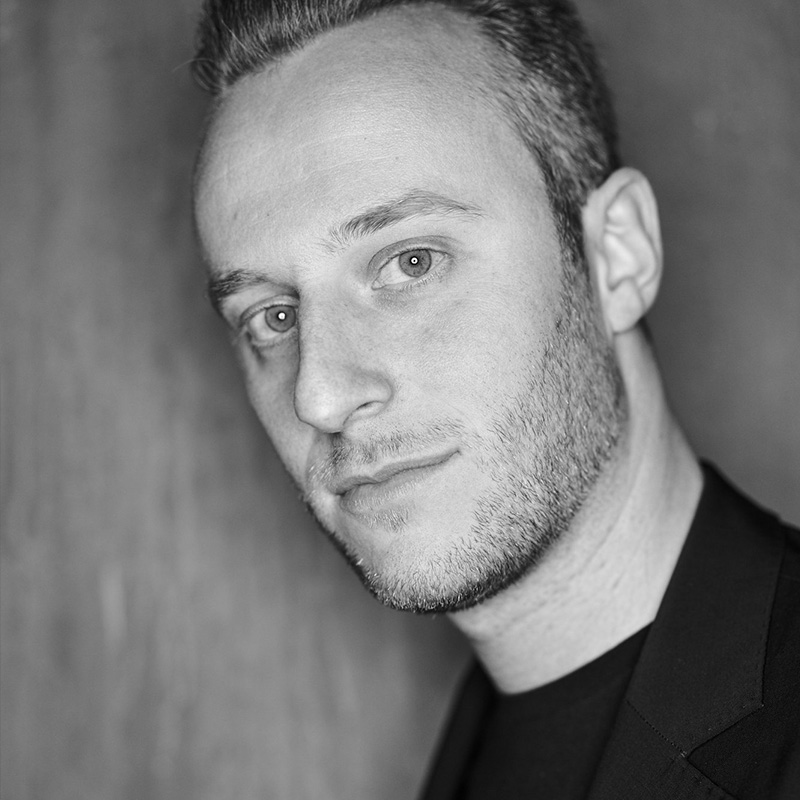 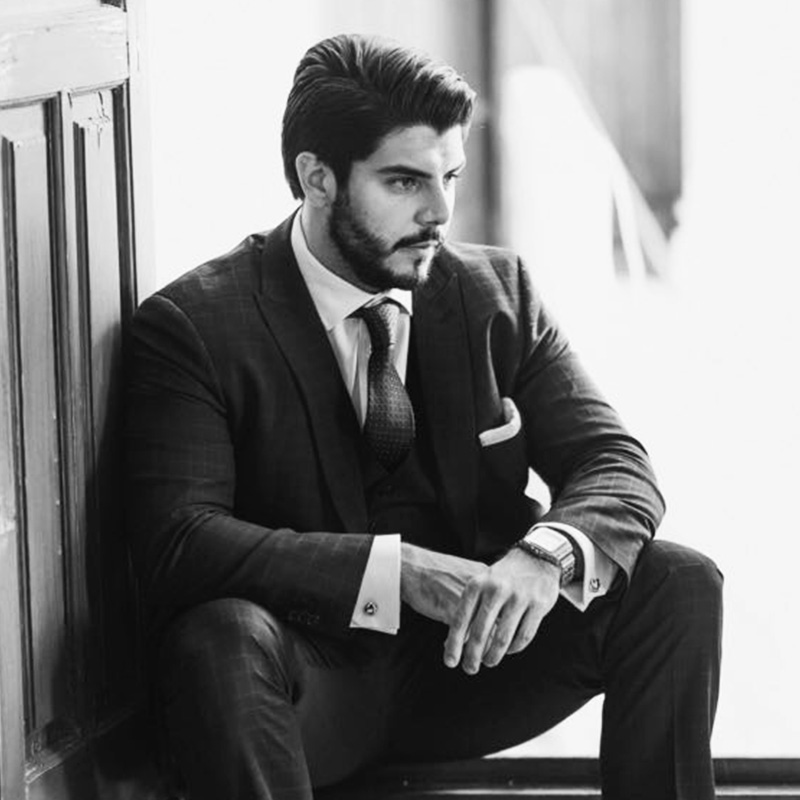 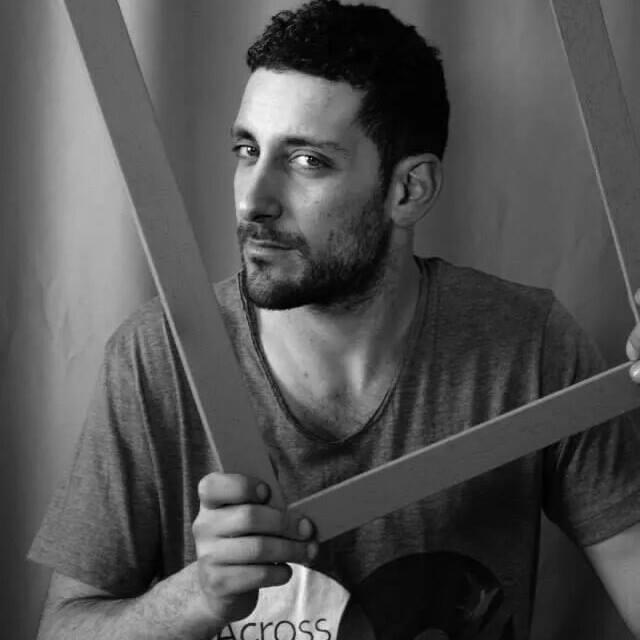 Some examples of our work

we would love to hear from you 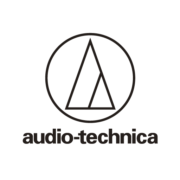 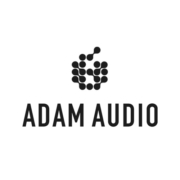 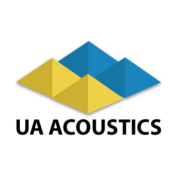 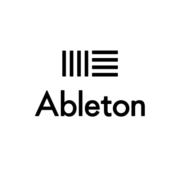 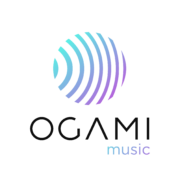 Born and raised in Rome, Jude & Frank alias Giulio Mariani has become in the last years one of the most important project in the international house music scene.

Luigi Poggiani aka Siwell, born in Rome and immediately showed a deep interest for music.
As a teenager he investigated various means of production using, sequencer, keyboards and devices midi, which launched him in the world of musical productions.

In November 2006 came Siwell’s first release while remix and external collaborations followed.
Not content though Luigi forged ahead releasing his debut artist album “Not So Minimal” on Sphera Records, label which he set up on 2008 and has had huge support from international artists.

Actually, Siwell is one of the most active dj-producers on the tech house scene, he performed in some of the most important clubs and festival all around the world like, Space, Pachà, Ministry Of Sound, Cavo Paradiso, Soul Tech Festival just to name a few and in his previous years he has signed tracks on Toolroom Records, Stereo Productions, Spinnin’, Sony Music etc. and collaborations and remixes for the most important artists such like DJ Chus, Mihalis Safras, Mark Knight, Sebastien Leger, Butch, Umek, Roger Sanchez and many others.

In 2020 Siwell has setup his new label “Tropica Recods” focused on tech house and house music, label that reached already great achievements on the global charts.

Cammora is an artist with indie-dance and house music influences that have earned him millions of Spotify and YouTube streams and extensive support from A-list DJs and Radios globally.

He debuted with the single “Don’t Let Me Down” (D2E) in 2016, which created a buzz in eastern Europe and earned a nomination at the Mad Video Music Awards 2017. The second release, “What You Want” (ATW/Warner Music), landed early in 2017 and made an instant impact on Spotify by generating millions of streams, and being favorited by artists like Axwell and Dimitri Vegas & Like Mike.

Gian Nobilee is a dj producer/songwriter, he became one of the most promising artist in the Italian music scene, characterized by his energy on stage and his unique show witch he sings live his own songs and big electronic hits, bringing power to the crowd that gains him more loyal fans after every perfomance doing sold out in every show. The past years where very important for Gian Nobilee, travelling around the world making shows in many country like Australia, Belgium, Brazil, Croatia, Egypt, England, France, Italy, India, Nepal, Netherland, Singapore, Spain, Thailand just to name it few but 2018 has been the year of his consecration, starting in the best way performing for SUNBURN FESTIVAL on NYE as Headliner.

Lohrasp Kansara has always viewed himself as more than just a DJ.  To him, DJ’ing is beyond playing music.  His goal is to give his audience a show by connecting to them on a deeper level.  Every time he steps on stage, Lohrasp vows to make everyone feel like they’re in a different world during his performance.  While the music may seem as his most significant tool, his emotions, energy and charisma are equally as important.

Dj, producer and remixer, Simone Vitullo is one of the most accomplished and talented Italian new wave names.

In the last few years he has performed in some of the most renowned clubs such as Ritter Butzke in Berlin, Wall in Miami, Ministry of Sound and Egg in London, Sankeys in Ibiza, Titilla/Cocoricò in Riccione, Basement Club in Argentina, Mantra in Kiev, Pacha in Munchen, Drai’s After Hours in Las Vegas, Duran Bar and Mono Bar in Moscow, Bravalla Festival in Sweden, Amazon in Brazil and many more.

Starwoodz is a dj duo project born in Rome, where they play in many clubs like Eden Club, Jolie and Planet Club.

Their debut track called “Mama” was released in January 2019 on Red Lizard Records, receiving some supports like that Leandro Da Silva and Le Shuuk, reaching the #16 Position on Beatport Future House Chart.

Stefy De Cicco signed an exclusive contract with Universal at the start of the year, going on to deliver ” Day ‘N’ Nite ” with Martin Jensen , which already has well over 25 million streams , ” Te Boté ” with Alok and now ” Kids ” with KSHMR & MKLA.
The Italian production duo had been on the scene for over two decades, getting early kudos from David Guetta with their debut record ‘Keep On Jumpin’ and scoring frequent airtime on international radio, TV and in clubs across the globe ever since. In 2019 the Brazilian DJ Darliane Ferreira joined the pair and they began honing what they refer to as their “Brasilian Bass” style.

At age of 8 she begins to study music and sing. The passion and the love for the music push her to travel the world looking for new ideas and inspirations.

She has lived in London where starts her passion for the Djing and Electronic Music. She performed in some of the most important places in the world as ” Nikki Beach” in Miami, the “1 OAK” in New York, Vip Room Cannes and the “Privilege” of Ibiza.

In London and New York she has improved the abilities of producer working in different studios.

She played in some of the most important clubs in China, India and Nepal and she won on the Djane Mag charts as the “Best new comer djane” of the year.

My career as vocalist and songwriter began officially in 2019 with Myon (who’s signed under Anjuna, Black Hole Recordings, and few more).

I’ve also collaborated on songs with artists such as Hugel, Hugo Cantarra and many more who are signed with labels like Warner, Spinnin , Armada, Scorpio music to say a few…

My target now, is to work directly with the producers that are looking for a professional view of their work and ideas.

James Hallen aka Mariano Messuti is both an Italian disc jockey and record producer. Since 2019 he has been active in the field of international House music scene. His music is strongly influenced by Tech House and Funky sounds. That’s why he created so many songs with simple bass lines, but full of groove. His entry into the music scene takes place immediately after the production of his first album called Eya.

BESFORD is an eclectic and courageous electronicmusic mixer and composer, as well as being anamazing stage performer. His music, for the most partof a dance style, has received important prizes andacknowledgments of all respect from all over theplanet.  He had the stubbornness to make himselfknown internationally, playing some of the mostexclusive parties in the world, and for the mostinfluential people on the planet. Among its strengths,we find that of knowing how to best adapt to themusical situations in which it presents itself, offering aDJ set and a performance that is absolutely unique ofits kind.

Talking about KATZZ is talking about progressive house. His style mix perfectly that analog vibes from the old synths with the modern and fresh electronic sounds from the new era.

KATZZ started Djing at night at his early sixteen in Madrid and a few years later he joined the music production world. He won a STMPD Records remix contest in 2020 and he has released music in the biggest Spanish labels which are Blanco y Negro Music Spain and Clippers Sounds. This year looks great for this talented producer who is signing new songs with great international labels like Enhanced Music, Musata Records and Zero Cool Recordings. Let see what’s to come!

Alvaro Malvar aka MALVAR was born in Ponte Caldelas on March 21, 1995, he started in the world of music as a DJ in 2015 performing in Spain and performing in different countries such as Portugal and Italy, in 2017 he started as a producer and currently has already signed with labels like Smash The House, Blanco & Negro , Spinnin records and many more.

Marcel was born in Madrid on 31st of May in 1990.
When he was only 8, her brother introduced him in the Dance Music, which was the Golden Age of Dance Music in Madrid.

In 2002 Marcel took the leap, playing music with his brother´s turntable. Progresive, Trance, Dance and Techno were his music sources, and the starting point of the subsequent development of his style. He was really interested in mixing so he used to practice looking for his own way.

He studied in Escuela Superior de Comunicación, Imagen y Sonido CEV, in Madrid implementing his musical education with curses about Technical Music Operator and Recording Music, and it made him an expert about any sound system which fell in his hands.

In 2011 to increase his knowledges, he studied a musical production course with one of the best Spanish DJs and techno music producer, Sergy Casttle. Whith Sergy, Marcel acquired large skills on Music Production. Moreover, he worked with Alex Track One, with whom he learnt to control sinthesis and synthesizers.

He has played in some of the best clubs around Spain, like Groove, Manssion, Fabrik, La Riviera and Sala Versus, among others, where he could develop his great technical skill in the DJs box (booth) in sessions which left his mark in those present.

In 2015, he got his first single released on the German label Ultimative Music.

After 3 years of hard work, in 2017, he got graduated on Music Production and Engineering through CEV music school (Madrid).

In 2019, he started working as an assistant for Antonio Escobar, one of the best producers and engineers in the country.

Due to the COVID-19 pandemic, in 2020, his stage as an assistant for Antonio got to an end, and he enrolled for his last course about mix and mastering with Guillermo Marín, international renown sound engineer.

Currently, Marcel is releasing his own productions through international labels such as Day Dose Of House, Blanco & Negro, Clipper Sound, Addicting Records or Wikolia Music, as well as selling songs as a ghostproducer and doing production for other artists.